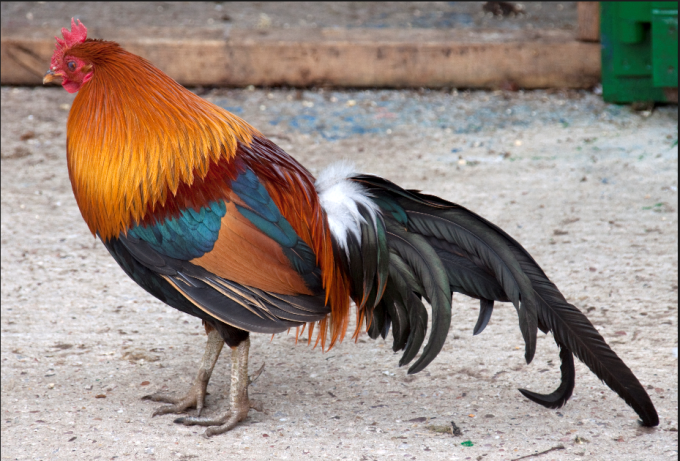 Image courtesy of Wikimedia Commons. This cockerel is not, alas, historic; but it is a cockerel.

What was the inspiration for this project?

I came across the case of Isaac Antrobus during my doctoral research, about the political activisms of the clergy in Lancashire and Cheshire during the reign of Charles I (1625-1649). I had originally intended to include Cumberland (now part of the modern Cumbria) within the geographical scope of my thesis, and I had already done much of the research, but in the end, a lack of space in the thesis meant that I had to lessen its geographical scope. I was thus left with a lot of excess material, and I didn’t know what to do with it. Antrobus was a Church of England clergyman at Egremont, on the west coast of Cumberland and at the edge of the Lake District. After Parliament’s military victory in the civil war, he had lost his living in 1647 after being accused of supporting the royalist side. However, it was the allegations swirling beyond the (quite dry!) official record which most intrigued me. I had never before come across (and I doubt that I ever will again!) a case where a seventeenth century clergyman was alleged to have baptised an animal; in Antrobus’ case, a cockerel named Peter! I then decided that Isaac’s case would make an interesting case study, but I wasn’t quite sure what the big point would be. It was only after further research that I realised that the case wasn’t just a bizarre incident, but had deep resonances which stretched deep into the contested religion politics of a country which had recently been torn apart by civil war.

I was quite lucky in that the core body of my sources had been transcribed in the early twentieth century from the original manuscripts preserved in Oxford University’s Bodleian Library by a congregationalist minister named Benjamin Nightingale, and these transcriptions were subsequently published by Manchester University Press. Nightingale has largely been forgotten apart from a few historians of mid-seventeenth century religion, but he was quite a remarkable historian, and whilst interpretations have changed during the subsequent hundred years, one cannot fault the thoroughness of his research and the accuracy of his transcriptions – he generally transcribed in whole the texts which he cited, which makes his works a wonderful resource even for the modern historian. Nightingale had evidently started to research Antrobus, but as a good minister, he was rather put off when he came across the accusations of sexual misconduct made against Antrobus. Indeed, he refused to transcribe those allegations as they were too scandalous! Those allegations had originally been published in 1715 in the autobiography of William Lilly, a famous astrologer who had died in 1681, and who had apparently been one of Antrobus’ main accusers when he was ejected from his living (though, interestingly, the official record of the ejection does not mention Lilly’s presence nor any of his sexual allegations!). I had to go to the wonderful Chetham’s Library in Manchester to consult a first edition of Lilly’s autobiography in order to discover the nature of the sexual allegations which had been made against Antrobus!

During the project to date, has anything emerged that really surprised or challenged your existing preconceptions about the subject, or anything that forced you to take the project in a new direction?

When I started looking into Antrobus, I wasn’t expecting to discover the wider religio-political resonances which I found. In England at this time, one of the most hotly debated religious topics was infant baptism; in other words, was it right to baptise children as members of the church, or should only adults be baptised? Here, I had another stroke of luck. Nightingale had done a similar exercise as what he had done for Egremont for every parish in the two counties of Cumberland and Westmorland, and in the transcriptions of the documents related to another parish I spotted a stray reference to Antrobus. This source allowed me to place him within a network of individuals who seem to have come to have opposed the principle of infant baptism. Suddenly, Antrobus’ bizarre behaviour seemed to make more sense – if he had baptised a cockerel, was he making a point about infant baptism? Or similarly, had Antrobus’ opponents spread a scurrilous tale in order to blacken his name?

At a basic level, I think that the story of a clergyman who apparently baptised a cockerel makes for a fun case study! On a deeper level, though, I think that the accounts of Antrobus’ behaviour testify to the reality that beyond seemingly maverick behaviour can often lie issues which are seriously contested, and it is part of a historian’s role to look beyond such behaviour to ask ‘why’ has an individual come to behave in such a manner? The article was published in the journal The Local Historian, which is particularly read by people who research within local libraries and archives, and often for their own pleasure rather than for any academic reasons. I am particularly keen that if the article has one successful outcome, it will be to encourage such historians to think about some of the wider contexts behind behaviour which, when it first jumps out from the primary source, might seem to be very odd indeed!