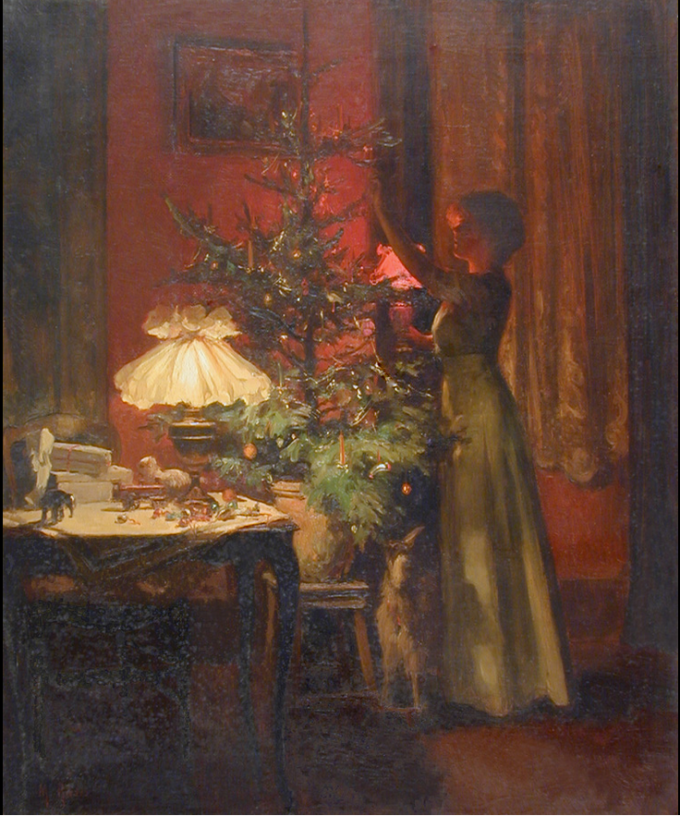 I’ve thought long and hard about what would make a good History Christmas blog post. Chatting to colleagues, it seems like everyone has a tale to tell from their own research of some Christmas-related incident; from the banning of Christmas in Soviet-era Russia (that is the subject of research by our new colleague Dr Kristy Ironside), to poignant diary entries written at Christmas in occupied France during the First World War (a fascinating topic raised by Dr James Connolly). Part of what makes historians so passionate about our work is being able to imagine, during holiday seasons like this, the very different experiences and emotions with which Christmas may have been greeted by the diverse historical actors whose lives, loves, and worries we mentally inhabit and rediscover with our students on a daily basis. I had felt a bit shy about discussing Christmas in the context of my own research — histories of burglary in nineteenth- and twentieth-century London. The mention of theft at Christmas is as likely to raise an inward shudder as it is to be greeted with outright, and perfectly legitimate, disgust. Yet the more I thought about it, the more I wondered if it was such a terrible subject to focus on now …

Let me be clear: burglary is a horrific crime. As I have discovered through reading many, many accounts written by victims and police over the years 1860-1968, burglary has often been experienced as akin to rape psychologically, given the fear engendered by having a stranger in one’s home during the night-time (the temporal condition for burglary until the Larceny Act of 1968 expanded it into a day-time crime). Beyond the potential for violence and one’s vulnerability when asleep, there is also the uncomfortable sensation of someone else having seen, touched, even destroyed, one’s most treasured possessions with callous disregard for their sentimental or monetary value. If you’re interested, you can read more on my work about this here. For a burglary committed at Christmas, all these emotions and experiences might reasonably be supposed to have been magnified, since this is a holiday when the significance of ‘home’, family and possessions — especially in the form of gift-giving — has historically been intensified in the popular media, political, and religious rhetoric.

Yet, as awful a crime as burglary is and has been, it is precisely for these reasons that historic accounts of burglary provide historians with an unusually good insight into the ways in which Christmas was celebrated by ordinary people in the past, their relationships, and their feelings. Take, for instance, the witness statements offered in the trial of William Gullings for a burglary at Bethnal Green on Christmas Eve, 1863 (tried at the Old Bailey Court in February 1864). In this case we encounter Joseph Pinnett, a young man then living with his parents who had ventured outdoors to fetch a pot of beer for his Uncle and happened to witness the crime, as well as Sarah Tatham, the daughter of the victim who had been sent out on a similar errand; suggesting that fetching in a pot of beer to toast in the Christmas day was a common habit among families in this area. On sighting the burglar Sarah had let out a scream of alarm, which her father recounted in court as ‘I heard my little girl scream,’ a phrase which rings with the familiar consternation of an anxious parent as much as the reference to ‘my little girl’ implies the fixedness of her identity as a child in his mind. Sixteen-year-old box-maker Betsy Brown was also out that night. She lived with her mother, having lost her father, and admitted somewhat sheepishly that ‘it was rather late for me to be out, but it was holiday-time.’ According to Betsy, her evening was spent walking with Gullings and her friends James Price, Mary Hunt, and Henry Smith, getting a drink at the local pub, and afterwards spending a few hours with him at a friends’ house — possibly for romantic reasons  — before he walked her home. Betsy defiantly insisted that William had been with her until past midnight, but unfortunately the arresting officer replied that he had seen Gullings walking on his own in the vicinity of the burgled house at 11:50, and his account was believed over Betsy’s. The arrest of Gullings may well have thoroughly spoiled Betsy’s jolly Christmas Eve with her friends. However, her testimony endures as a lively portrait of young people snatching time together to celebrate, popping in and out of each other’s houses, drinking together, and getting into trouble with potential boyfriends that we would easily recognise today.

Occasionally, also, trials for burglary reveal some heart-wrenching insights into the lives of those whose poverty led them to break into people’s homes. George Thomas Sarson, convicted of a burglary on Christmas day 1872, was found stood in the back kitchen of Charles Talbot’s house in City Road wearing two of his chemises — for warmth, according to Sarson, although Talbot understandably took a more critical view of his motives. Yet what is striking in this trial report is the pains Sarson took to emphasise that he had not damaged the Christmas tree in the corner: ‘I did break the window and put the tree on one side, so as not to break it, and I laid down by the fire, and put the things on to keep myself warm.’ The fact that the Christmas tree was stood in the kitchen (as against in a dining room) indicates the Talbot family’s relative lack of wealth, since for upper-working class and lower-middle class families this was often the easiest room to warm in the house and not where a tree would have been displayed had guests been expected. Similarly, the theft of a meagre few chemises instead of ornaments or other expensive goods reinforces the Talbots’ lack of ostentatious riches to purloin. Yet despite these factors, it seems the judge took mercy on Sarson, for despite finding him guilty Sarson was sentenced to just four months’ imprisonment without hard labour, a relatively gentle sentence for a crime that could incur up to fourteen years’ imprisonment in the severest cases. We can, of course, never know whether Sarson’s concern to preserve the tree acted as a mitigating factor, but his plea for having been careful to preserve it despite his other actions demonstrates his awareness that the Christmas tree symbolised something to be treasured within the family home, and in the views of the listening judge and jury.

And in other cases, previous good behaviour offered those accused of burglary a second chance, even when the crime took place at Christmas. Sophia Gobie, who ran her own business as a carman (a carter of goods) and contractor in Holborn, swore in her testimony for the defence of William Henry Bakewell in 1886 that she had ‘known the prisoner between ten and eleven years as an honest and respectable young man with not a stain upon his character.’ Pledging Bakewell’s trustworthiness to the court, Sophia, a widow, averred ‘he was working with me on Boxing Day—I trust him as much as any of my sons, and will take him back if he is discharged.’ Bakewell had indeed apparently spent part of Christmas night in the pub with Sophia’s son Thomas, the pair staying late enough for Thomas to incur the wrath of his wife, who fetched him out of the pub at half-past nine. We do not know under what circumstances Bakewell first encountered the Gobie family, yet their collective testimony proved enough for the jury to find him innocent of all charges. For this lucky twenty-two year old man, who Sophia had likened to her own son, the boundaries between family, friends, and co-workers were clearly blurred and malleable, whilst their affection for him was such that they were willing to join arms to protect him from an unfamiliar legal system: ‘I had never been to a police-court before’ exclaimed an indignant Mrs. Gobie.

Christmas is all about stealing. Stealing kisses under the mistletoe. Stealing a few days’ break (hopefully!) from work commitments. Stealing a glimpse of presents before they are wrapped. But if we cast aside these romanticised visions of an ideal Christmas holiday and focus on actual instances of theft, as historians we can move beyond a sense of horror and injustice and examine what the practices of stealing in the past can tell us about the lives of historical actors that were briefly illuminated through the actions of thieves. And discover a set of Christmases, friendships, families, and celebrations not so different from our own, however long ago.

So to all our staff and students in the History Department: a very merry Christmas, and a happy new year, and we will see you next semester!

All references to trials taken from the following transcripts at www.oldbaileyonline.org: