The study China programme is a government funded trip to one of a range of Chinese universities. During these visits participants are expected to take part in an intensive course combining Chinese mandarin lessons, with a choice of eith, marketing, politics or urban planning modules. In addition to this we were offered Chinese cultural classes in martial arts, calligraphy and a tea ceremony. These weekly classes were combined with occasional evening activities and organised weekend trips. I selected the East China Normal University in Shanghai as my chosen University. I selected Shanghai ahead of the other offered universities for two reasons. I was curious to observe one of China’s major cities history and culture as well as intrigued to see how this cultural side combined with this ever expanding business capital of the world. Over the course of the trip I was lucky enough to observe both sides. 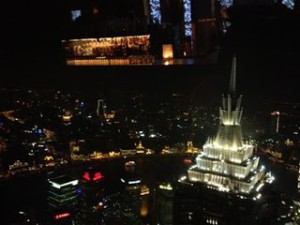 Throughout the week I would have three hours of Chinese lessons every morning. As in any language, starting from scratch can seem a daunting prospect, especially when it does not contain an English alphabet. However I soon learned about Pin Yin, a form of Chinese mandarin written in English letters to assist beginners and foreigners. Through this we could quickly learn the various accents and sounds used in Chinese as our class spent the first few mornings chanting different sounds back to the teacher. At the end of the three weeks we had received 45 hours of lessons. I felt I had reached a level at which I could now understand and contribute to small parts of conversations and perhaps most importantly, I now feel I have the necessary basics in Chinese to continue with my learning off my own accord.

The marketing classes in the afternoon dealt specifically with the Chinese market. We explored consumer patterns of the Chinese people and explored difficulties foreign firms face when entering the Chinese market. In addition we discussed various case studies involving foreign and Chinese firms and the various problems that have occurred in recent years as the Chinese economy expands. For somebody who has never studied marketing before these classes were both interesting and informative.

However Shanghai is a great city to explore and we were given lots of free time to entertain ourselves. In my free time I was able to visit Buddhist temples, large markets and football stadium. Furthermore, day trips were put on for us by study China on Saturdays.

The first weekend was a visit to a water city, described as China’s Venice. It was an extremely hot day and a great place to spend an afternoon walking around, looking through market stalls and even getting a boat ride.

Perhaps the most interesting part of the cultural exchange was the family visit on the second Saturday.  Here we were split into pairs and able to visit a Chinese family. This opened my eyes to what Chinese people were really like and how they lived day to day. Up until this point it was hard to gain any sort of understanding of the Chinese people due to the language barrier. During the visit they were extremely welcoming and put on a feast of Chinese dishes for us all.