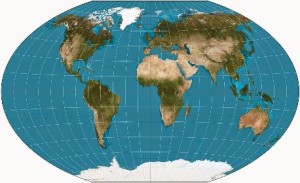 All welcome, but please note that seats are limited and will be allocated on a first-come, first-served basis.

No reservations can be taken.

Workshop organised by Christian Goeschel, Frank Mort, and Thomas Tunstall Allcock, and funded by the School of Arts, Languages, and Cultures.

Ever since the rise of social history in the 1970s and cultural history a decade later, many historians have been dismissing diplomatic history as a boring and outdated field that deals with great men, high politics, and treaties, but little else.

More recently, early modern and modern historians have begun to offer new perspectives on the dynamics of diplomacy and international relations, taking on insights from social anthropology. A new field, the cultural history of diplomacy, is emerging which explores the ceremonies, rituals, and displays of power of modern diplomacy. However, some recent work, while fruitfully emphasising the cultural aspects of diplomacy, remains relatively silent about the political effects of diplomatic ritual, ceremonies, and protocol.

In this workshop, planned as a first in a series of international conferences, we explore the studying the confluence between culture and politics. We bring together historians working on cultures of diplomacy in different national and cultural settings, including Asia, Europe, and the United States, to discuss ways to bring together culture and politics in early modern and modern diplomacy.

There will be three papers (20 minutes each), followed by a roundtable discussion.