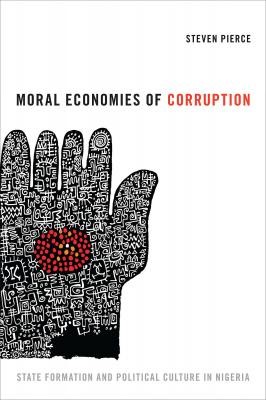 It’s nothing new—a politician said something offensive and silly about other countries, angering people around the world. When David Cameron declared last week that Nigeria and Afghanistan were “fantastically corrupt,” my social media accounts blew up. Nigerian friends and commentators were very angry, and rightly so. The sad thing is that Cameron probably doesn’t understand why they’re angry. It’s not because Nigeria doesn’t have a terrible problem with corruption. I’ve just published a book on the topic, and I’ve never talked to an adult Nigerian who doesn’t think it’s one of the primary challenges they face. But they know it’s not just something that happens over there. They’re pointing out that Nigeria’s stolen billions are being shipped overseas, and that the U.K. is a prime destination. They’ve also read the Panama Papers. They know Nigerian politicians aren’t the only ones stashing money overseas. The next time David Cameron goes to Nigeria, he can expect a lot of questions about his family’s tax strategies. I hope he has a good answer: Nigerians are a tough audience.

Nigerian corruption is more complicated than these news stories indicate, and Britain is more deeply involved than even my Facebook friends would suggest. For one thing it has a long history, a history in which Britain was crucial. Corruption emerged as a widespread problem in Nigerian governance as the British colonial employed huge numbers of indigenous rulers as front-line administrators. By itself that wasn’t a bad policy, but Britain insisted doing it on the cheap, paying laughably low salaries, which didn’t provide rulers the resources to maintain the kind of political profile necessary to do their jobs. Desperate for more money, many of them embarked on programs of systematic embezzlement and extortion. British colonialism built corruption into Nigeria’s government, and made it too widespread to attack systematically.

Britain’s second contribution was creating a tradition of selective prosecution. Corruption was so widespread it couldn’t be officially discovered, much less prosecuted, in all cases. When officials were deposed or put on trial, it was because they were in trouble for something else. In effect, corruption was less an objective crime—it was too common for that—than it was an excuse for attacking ones political enemies. Cracking down on corruption became a central strategy for Nigerian government, even as corrupt acts were omnipresent in Nigerian political society.

If that weren’t enough, Britain also structured the Nigerian political economy in a way that encouraged vast corruption. Even before the discovery of oil, the national economy was based on the export of a few primary products, controlled by the state. The government functioned as the gatekeeper to the Nigerian economy, and access to government-controlled revenue was the key to becoming wealthy. As Nigerian officials took over these government institutions, their scope for diverting revenues to their own ends increased dramatically.

David Cameron’s remarks were offensive, but not because Nigeria isn’t corrupt. He sounded as if he thinks of corruption as a Nigerian problem, not as the consequence of a long-term, destructive relationship with the country he currently governs. He ignores the benefits Britain and the west continue to enjoy, from having stolen money invested in their economies, from access to an exporting economy whose elite is often more interested in lining their own pockets than in using national resources for the benefit of their citizens. And he ignores the fact that political elites use their offices and their privilege to benefit themselves financially.

Nigeria’s president was temperate in his response to Cameron’s gaffe. President Buhari hasn’t asked for an apology, just the return of its stolen national wealth. I have my reservations about the president’s political program, and about how realistic his approach to corruption is. Nonetheless, in this instance he is more conciliatory than I would be. David Cameron and Britain have a lot to apologize for. It would be nice to see them get started.

Steven Pierce’s new book, Moral Economies of Corruption: State Formation and Political Culture in Nigeria, has been published by Duke University Press in 2016.